Microsoft held WinHEC 2016 hardware conference in Shenzhen today. Terry Myerson, global executive vice president and chief of Windows system and device BU, announced that HoloLens would be officially sold in China in the first half of 2017. Its selling price is undisclosed. 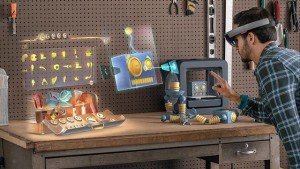 Microsoft HoloLens was going out of North America market in October and introduced to UK, Ireland, Australia, New Zealand, France and Germany. On October 2nd, HoloLens was introduced to Japan, Asia for the first time. It supports pre-orders of HoloLens in Japan. The delivery date is set in the beginning of 2017.

There will be 9 countries of the world selling this AR glasses then.

Speaking of its selling prices, HoloLens was sold at $3,000 in United States. It was sold at €3,299 in Germany, France and Ireland, and £2,719 in UK. In Australia and New Zealand, it was respectively sold at 4,369 Australian dollors and 7,829 New Zealand dollors. Judging by the above selling prices, it may set its price at about ￥22，000 in China.

Microsoft has been exploring the potential of HoloLens with global partners in the past few months. Thyssen Krupp bought HoloLens for its 24,000 technicians. Swedish Volvo hopes to apply this device to change means of purchasing vehicles from consumers.

In the meantime, SketchUp released a new software version for HoloLens so that experts from building, engineering and framing engineering fields to make 3D modelings with this device. NASA also applies HoloLens for the exhibition of Destination: Mars center.