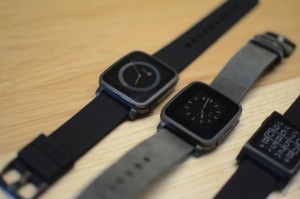 Pebble considers health tracking has become an important element as well as notification and basic communication for smart watch. It realized that it has to keep innovation to compete with the giants.

Pebble 2 is thinner than its last generation. It applied the black and white display. Besides the optical heart rate check sensor, Pebble 2 is equipped with microphone.

While Pebble Time 2 combined the features of Pebble Time and Pebble Time Steel. It is made of stainless steel material. It is waterproof as well.

The battery life is an important feature for Pebble smart watch. It is said that Pebble 2 can keep working for one week while Pebble Time 2 can keep running for 10 days.

Even though Pebble updated the heart rate sensor for its new releases, there are already similar smart watches on the market. It might not help a lot for Pebble to gain more user share. 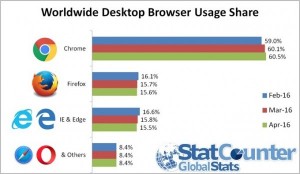 Microsoft introduced Edge browser when it released Windows 10. It hoped to compete with Chrome and Firefox in browser industry with Edge. The current statistics showed that the usage share of Edge keeps increasing. However, many of the users abandoned IE and switched to Edge.

Google Chrome made positive performance. Its usage share was 59% in February and increased to 60.5% in April. That’s, there is more than one pc using Chrome browser in every two computers. There are wide gaps compared with Firefox and Edge.

Edge was given great expectation to obtain more usage share for Microsoft. Microsoft will make great update for Edge this summer when Windows 10 arrives its first anniversary. Edge may have chance to compete with Chrome as the new update will support plug-in extensions.

Firefox usage share also faces much pressure. Firefox was beaten by Chrome regardless of its popularity in software community. 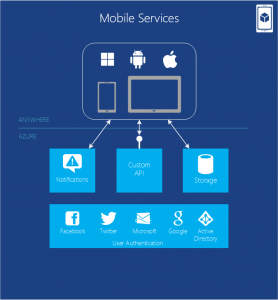 Microsoft announced Azure Mobie Services will be ended in December on May 11, and Azure App Service will offer similar features from September 1st, reported VentureBeat.

In the field of mobile background, Azure Mobile Services face much competition from Amazon network service AWS. Amazon’s AWS obtained many users and performed well as it made profitable revenue.

There are also other rivals such as Google Cloud Endpoints, Firebase and Facebook Parse. Facebook also carried out the similar measure for its Parse mobile backstage as Microsoft does.

The senior project manager of Azure mobile services Andrian Hall claimed that Microsoft will notify its Azure Mobile Services users for ending this service in May.

He revealed that all Azure Mobile Services users won’t be able to use this platform to edit from August. Microsoft will transfer this service from free website to Azure application service in September. The Azure mobile services will be completely disabled by then end of this year.

Hulu CEO Mike Hopkins confirmed that the company is developing a network tv service which is similar to cable tv when he was interviewed by New York Times this week. 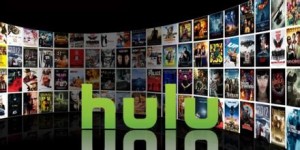 Hopkins claimed that the network tv service is a part of the new strategy. It emphasizes on personalization.

The subscription fee of this service is undecided yet. The confirmed source indicated that it might charge users about $40 per month.

Hulu announced on Wednesday that this new service has already obtained 12 million users, while Netflix subscribed users are only 45.7 million. It is said that Hulu might seek business in original documentary filed. The first documentary it bought was The Beatles: Eight days a week directed by Ron Howard.

Network tv service becomes more popular in recent years. The broadband speed has been improved a lot. Some tv networking companies are willing to authorize the broadcasting rights by networking tv service.

Its new network tv service will compete the service against cable tv service and other network service such as Sling TV and PlayStation Vue.

Hopkins implied that Hulu, Disney and Fox will come into an agreement in terms of the new network service. The new service just aims to attract more audience who like to watch subscribed tv shows.