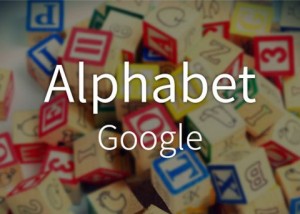 As reported, Google’s co founder Sergey Brin implied some subsidiaries of Alphabet have independence to go back to Chinese market after the parent firm has been recombined.

Brin is working as the CEO of Alphabet and director of Google X. Brin stated in a event concerns Project Loon:” even though there are difficulties for our exploration in Chinese market and Google withdrew from mainland China, we built some business sections in Chinese market.”

He indicated that each subsidiary of Alphabet has autonomous rights to design where to it would start its business. Google did not offer service in mainland China right now, but it delivers selling ads to Chinese enterprises.

Google withdrew Chinese mainland market in 2010, transferring its Search service to Hong Kong. Brin managed some Google operational business at that time. Brin quit the optional business in recent years. After the company finished its reorganization, it appointed Sundar Pichai as Google’s CEO. Pichai is practical and he has great interest in starting business in China mainland.

Google was regrouped as Alphabet holding company this August. After the company reorganization, Search, YouTube, and Android were regrouped as new Google. Nest , Fiber, life science, self-driving and drone business are split from its prime operating business.

It will be able to establish business with more telecom operators for Project Loon events after the company has been regrouped. China is one of the countries has interest in expanding its Internet overage by Project Loon.

According to the news from The Information, Microsoft plans to take over Mesosphere at $150 million, but Mesosphere denied its offer.

There were rumors concerned Microsoft would take over Mesosphere since this summer. It is said that Microsoft has great interest in its high efficient technology of management of data center.

Outwardly, the reason that Mesosphere denied Microsoft’s offer was Mesosphere asked a price of $200 million, while Microsoft offered at $150 million.

Even though they did not come to an acquisition deal, their technical cooperation will continue. They will integrate DCOS products of Mesosphere data center to Microsoft’s Azure.

DCOS is enterprise edition that offers free open resource for Mesos. This edition is applied by developers.

Mesosphere’s founder, Ben Hindman created the Mesos system when he studied in UC Berkeley. Mesos was once introduced to Twitter by Ben Hindman and its other co founders. Then Florian Leibert introduced it to Airbnb.

Mesosphere’s growth is contributed to the development software containers. Software containers is a popular soft of technology welcome by developers. It could help developers to edit their programs. Once the programs are written, they will be run in any server architecture.

Until now, Mesosphere finished its third round financing at $ 49 million. Its investors include Khosla Ventures, Andreessen Harowitz, Data Collective and other important ventures. The Information also revealed that Mesosphere is working on another financing. However, Microsoft and Mesosphere did not response to the above news yet. 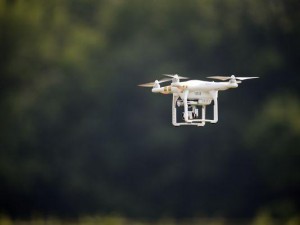 Wal-mart announced on Monday that it had already submitted the application of using commercial drones to US FAA.

Wal-mart plans to use commercial drones to monitor its supermarket buildings and warehouses besides delivering goods.

Dan Toporek, the spokesman of Wal-mart claimed on Monday that the company wished to build a en efficient supply chain by the application of commercial drones. Wal-mart will enhance the drones delivery system with outdoor tests and find out the convenient delivery service for consumers.

He implied that the company is ready for the test. Once the government approved their application, the company will be able to begin the outdoor tests.

US FAA has approved 2,020 events for application of commercial drones, including aerial photography, gas pipeline monitoring and agricultural monitoring.

It will enhance consumers’ satisfaction level if using the drones to deliver goods. But there were reports concerned accidents caused by drones. It may not be easy to have this plan realized. 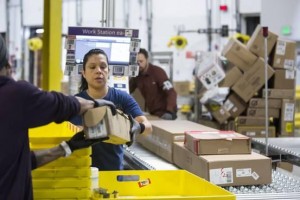 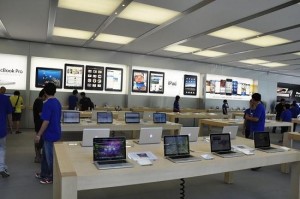 Tim Cook, CEO of Apple claimed that the firm will set up the 24th retail store on Saturday to strengthen its marketing business in China, reported on October 20.

Apple released its new generation of iPhone in September and it made a new record of selling 13 million units for the first weekend. Among its release countries, China made a great contribution to such large sales.

Cook stated at a conference help by Wall Street on Monday evening,( EST), the Apple retail stores in China make important roles in recommending Apple products and guiding their application for Chinese consumers.

He said the Chinese Apple consumers are young, eager to attend related courses and seminars. Its retail stores make great contribution to forward Apple’s products and firm culture. Cook did not confirm which city it will set up the new retail store yet.

Apple will launch its new quarter fiscal report next week. Its last fiscal report till June 60, showing the revenue of Chinese sales accounts for 27% of its total revenue.

There will be 40 retail stores for Apple products in China till the middle of 2016. Apple firm appointed Angela Ahrendts, CEO of Burberry as its retail business executive. Cook appreciates Ahrendts’s talent in Chinese retail business.

Besides developing retail business in China, it also introduced music streaming service in China. Apple Music was released in June 30, and was brought in Chinese market last month.

Uber has great ambitious to expand its business around the country as it set branches for taxi service in the Scottish cities.

It has recruited drivers in Glasgow and Edinburgh. Uber, the app-based cab firm has taken the operations into effect in Glasgow from 4 pm on October 16.

Max Lines, head of Uber Glasgow said there were excited for the expansion of taxi service in Glasgow. It was the first city to operate Uber business in Scotland and the biggest UK launch till now.

The company also has plan to set branch in Edinburgh in the near future. However, the launch date in Edinburgh is not confirmed yet as there are still a great of preparations need to be done. It will be great if Uber firm has it realized in the next two months.

Uber will expand its taxi service in many Scottish cities in a year, its capital is included, reported The Scotsman.

Uber firm was involved in a long-running dispute with License Taxi Drivers Associations in England. It used the smartphone app to determine fares which is equal to the ones that use a taxi metre. Such app is banned in private cars.

The expansion of taxi service for Uber will bring competition among Glasgow cabbies. There might be agreements made among them.

The debates concern Android app and iOS app has lasted for a long time. According to the the figures from App Annie, indicating the download volume of Android is in the leading position, but iOS has much advantage concerns its revenue.

Apparently, China becomes the most important market for iOS app. At present, the downloads in China has run ahead of American downloads. Therefore, the iOS app’s revenue in China is increased due to this factor.

To developers, they might be happier to launch apps for iOS platform the application revenue comes better and working condition is relatively healthier.

The iOS app seems hard to run ahead of Android’s downloads due to the well-know reasons. More measures and efforts need to be do to compete with its rival.

To improve the workplace environment for its employees, Amazon has carried out a new event, collecting feedback from employees each day, reports The Bloomberg. 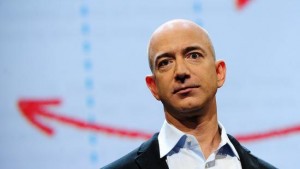 The worse working treatment among Amazon’s storage center employees has been criticized. It surprises the public much when New York Times reported that its white collor employees also face worse working environment.

For instance, Amazon made compulsory redundancies policy, encouraging the employees restrain each other. However, Amazon firm and its CEO Jeff Bezos both denied this report.

Fortunately, Amazon seems taking measures to improve its employees’ workplace condition, concerning what aspects would make bad influences to its workplace condition. Amazon is enlarging the application scale of an inner system named Amazon Connections in order to gain feedback from each departments, reports The Bloomberg. It reported that this system ask employees questions each day to collect the feedback concerns employees’ job satisfaction, leadership competencies and training opportunities.

Not all of the feedback come up with anonymity. The human resources team will work on analzying the feedback so that they could learn more about the sources of feedback. But the management group only access to the reports that have been anonymous processed.

It is reported that Amazon Connections was built on the basis of its some system that collecting feedback from blue collor employees last year. It aims to improve Amazon’s workplace condition and enhance employees’ satisfaction.

Engadget reported on Friday that US The Wall Street Journal‘s backstage system suffered hacker attack, leading to a great many of information of subscribers and readers have been stolen.

It was not a good news to those existing readers of The Wall Street Journal.

William Lewis, the CEO of The Dow Jones &Company claimed that the backstage systems including Dow Jones & Company and The Wall Street Journal have been attacked by hackers, resulting in the reveal of readers’ data earlier this week.

Lewis claimed that they have found the evidence of hacker attack.

It reported that the purpose of this hacker attack is to gain the specific details of subscribers of The Wall Street Journal, such as full name, address, email address and other private details.

At the same time, Lewis indicated that about 3,500 subscribers’ credit card details have high risk to be stolen. However, they did not find out the prove to confirm this doubt.

Concerning to the hacker profile, Dow Jones & Company has not figure out yet.

In the past year, a great many of famous companies and News Media companies suffered attacks from hackers. Many of their customers’ credit card details have been leaked.