Quoting from the oversea media, WhatsApp announced to stop supporting several old operating systems such as Blackberry by the end of 2016. 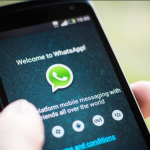 WhatsApp announced to stop supporting Blackberry, Nokia S40, Nokia Symbian S60. In addition to the above mentioned systems, it is no longer to support Android 2.1 &2.2 and Windows Phone 7.1.

According to the announcement of WhatsApp, WhatsApp was established in 2009 and the mobile devices used in that time were total different from the current ones. About 70% of smartphones on the market were equipped with Blackberry OS and Nokia OS when App Store was introduced to the market for a few months.

Ev en though Google Android, Apple iOS and Microsoft Phone and Windows 10 Mobile account for the most market share now, their total market share of 2009 was under 25% then. They took 7 years to obtain 99.5 % of the market share together. WhatsApp claimed that they will focus on using the most popular mobile OS for the next 7 years.

In some developing countries, there are still many users using old Nokia system. WhatsApp will disappoint such group of users for this decision. To WhatsApp, it sounds reasonable to focus on using the most favorable mobile platform. WhatsApp has made great improvements for providing better services to its users. It offers the voice calls feature so far. It will introduce the video call feature soon.

WhatsApp is no longer limit to use its own operating system. If the users wish to continual use WhatsApp with their old system devices, the company suggest them upgrade to mobile devices, such as iPhone, latest Android devices and Windows Phone.

Thrive Market becomes a hot and popular startup. Its co-founders Gunnar Lovelace and Nick Green were declined by 20 VC firms when they started financing. 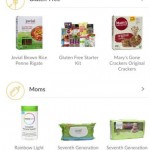 Their promotion point is that they are going to introduce an online platform that sells Organic and natural food. It will provide 25%-50% discount by availing of the $60 subscription fee from its each registered number.

Green said the VC investors all hold the wait-and-see attitude and no one wish to invest on our startup company. The situation is reverse now.

The company stated that the Thrive Market website has over 180,000 subscribers. It increased by 600,000 registered users in Jan. 2016. Its website offers 30 days free trial.

It launched the first mobile application for iPhone on Thursday.

The two co-founders were declined by lots of investors. They reconsidered their promoted plan. In their opinions, Thrive Market is selling a lifestyle now.

They all have great reputation among the bloggers or YouTube stars. Thrive Market obtained the first financing $10 million with the help of those respected figures.

60% of Thrive Market traffic are from mobile devices since the release. Until now, it launched the app for iPhone devices. The new app is easy to handle and it has clear classifications. 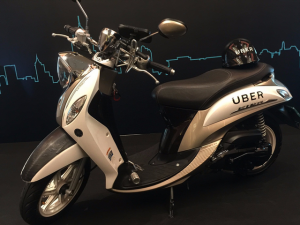 UberMOTO is still on trial. This is the first passenger service that Uber offers with motorcycles. Such service will be merged into the current Uber app as a new service.

Uber Asian expansion officer Douglas Ma claimed:” Motorcycle is an important element in Thai culture. Uber aims to offer a safe, cheap and reliable transportation service to the public. It sounds convenient to use UberMOTO. Consumers can book a motocycle no mater where they are by using the app.”

The Financial Times suggested that the introduction of UberMOTO service was in relations with the postponement of BTS SkyTrain service as many office workers have to look for other means of transportation to work.

Uber was established in 2009 in San Francisco. Until now, it has accumulative financed $10 billion. It is working hard on exploring the international market. Asia is the key target market for Uber. It plans to start business from higher population density cities and districts.

Uber CEO Travis Kalanick claimed a week ago, Uber lost $ 1 billion in Chinese market last year. It faces much pressure from the local competitors Chinese DIDI and GrabTaxi that is specialized in Asian market. GrabTaxi once introduced its motorcycle service to Bangkok in the early of 2015.

Dell made a great move concerning the acquisition of EMC. The acquisition deal is getting close to its deadline. This deal was approved by FTC specified elimination period which means the acquistion is approved. 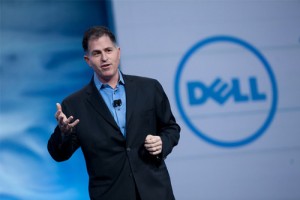 A few days ago, the confirmed source reported that EU also plans to approve Dell to acquire EMC at 467 billion.

Dell announced it would acquire EMC at $67 billion last October. The acquisition deal involves in a great amount of debts and complicated financial business, including the equity conversion of VMware held by EMC. EMC holds about 81% of VMware shares.

The statement surprised the industry when it was announced. It would be the biggest technical merger in the history once it is approved.

It faces many problems and challenges to complete this acquisition. Dell must be responsible for a great amout of debts and will need to loan about $50 billion. Dell made statement in the documents that it submitted to US securites and exchange commission. It will undertake about $11 billion debts due to its $24.4 buyout bid.

Dell has been planning to split off some assets. For example, it wishes to split off SecureWorks. Some news revealed that Dell would sell SonicWall and Quest sections with$ 2 billion respectively, and Perot Systems business at $5 billion.

EMC has been cutting jobs from the beginning of this year. VMware currently cuts jobs as well. VMware shareholders don’t seem excited for this acquisition. Actually, its share price decreased by 30% since the announcement of this acquisition.

Apple Pay just came to Chinese market last week and its news take up much top news. On the other hand, Samsung is busy in preparation for introducing Samsung Pay to China. 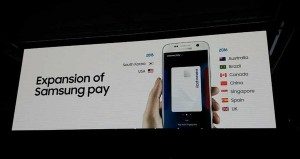 Samsung confirmed that it will introduce Samsung Pay to China on Feb. 24, 2016 for trial. Many of its users have received the software upgrade from Samsung.

Samsung Pay is the mobile payment device based on NFC and MST technoliges that Samsung launched in September, 2015.Samsung Pay lets consumers swipe credit card as Apple Pay does and stimulate the tradiational magnetic strip card. The merchants don’t neet to upgrade the devices to use Samsug Pay.

It applies the similar marketing strategies as Apple Pay did. Samsung also teamed up with China Union Pay to support credit cards of a series of banks. It will offer special discounts or promotions during the trial period to attract more clients.

The challenge of Samsung Pay is on Security performance. Due to Android system can be highly customized, so Samsung Pay is only avaible on the original system of mobile devices. If the Samsung mobiles are rooted or jailbroken, they won’t be compatible with Samsung Pay due to security issue.

The latest news indicated that Facebook plans to introduce subscribed Advertising service on Facebook Messenger in a few months. 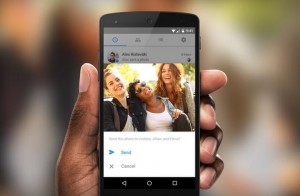 The plan concerning introduces advertising service is in accordance with Facebook’s development. It aims to develop Messenger into the most important communication channel between consumers and enterprises either for shopping or for support.

Facebook declined to make comment on this news. The spokesman claimed that the goal of Messenger is to create high quality, high participated experience to 800 million users. It includes the support to prevent users from being bothered by the unwelcome messages.

In the meanwhile, Facebook is making measures to attract more enterprises to use Messenger as their consumer system platform. It even offers enterprises the special short link services. Users could send messages to enterprises once they click on the short links.

It is not clear how Messenger ads come to the public. The analysts assumed that the enterprises could use such advertising service to promote products or release new products. They could also explore the potential buyers. Facebook is supposed to release more details concerning Messenger advertising service at F8 conference in April.

As reported, the shipments for Apple iPad may continue to decrease in Q1. Digitimes Research estimated on Wednesday that its shipments in Q1 would be under 10 million units. 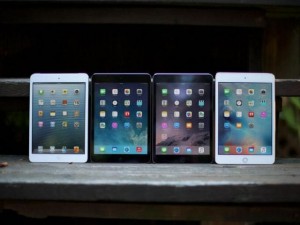 Digitimes Research assumed the total shipments of worldwide iPad are 46.65 million units in Q12016. The Ring Growth would decrease 28.6%, with a decrease of 8.6% on year-on-year basis. The other brand manufacturers also suffer the similar shipments decline.

According to the estimation, Apple iPad would account for 20% of the total iPad shipments, Samsung account for 14 and Lenovo come with 7.2% in Q1 2016.

KGI Securities analysts predicted that Apple iPad annual shipments would come between 40 million units and 42 million units. It would face a decrease of 16% (yoy) Its iPad business will maintain stable due to the stimulation of iPad Pro.

Apple sold 16.1 million iPads during the shopping season of 2015, suffered a decrease of 25% (yoy). Luca Maestri claimed that Apple iPads account for 85% of market share on US iPad market.

Opera has just announced statement that KUNLUN and 360 spent $1.2 billion to acquired Opera. KUNLUN and 360 are financed by Golden Brick and Yonglian. 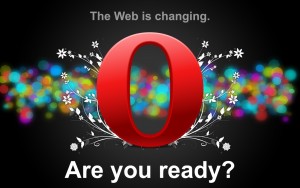 Opera was established in 1995 that locates in Oslo, Norway. It was listed on the Oslo Stock Exchange, with a $146 million of total capital stock. Opera is one of the most famous browsers in the world.

Opera was welcome by the worldwide for its quick, handy and compatible features. Opera would avail of over one billion worldwide consumers to promote advertises for its publishers.

KUNLUN claimed that Opera is the world renowned browser and with a great amount of consumers and networking platforms. Combined with its networking product operation and monetization experience, Opera will contribute to KUNLUN for a healthy worldwide networking ecological system.

Microsoft finally released the Lumia 650 which is a cheap smartphone customized for enterprises. It is equipped with Windows 10 Mobile system and sold at $199. 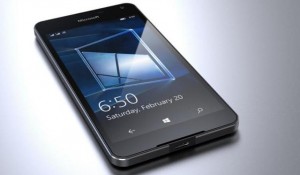 The analysts in mobile industry assumed Lumia 650 might the final smartphone for Lumia series. Lumia brand is obtained in 2013 when Microsoft acquired Nokia.

However, Lumia 650 is not equipped with the two most important Windows 10 Mobile features: Windows hello and PC Continuum.

Microsoft smartphone accounts for 3% in the global smartphone market. It sold only 4.5 million Lumia device in 4Q 2015, while Apple sold 75 million iPhone devices. According to the estimation of analysts, the total sales volume of Lumia mobile only reached 110 million units.

Uber teamed up with Microsoft for helping it to narrow the gap with its rivals. Hulu just released a new application that could be run on Windows 10 desktop, iPad and smartphone.

At the same, some media reported that Microsoft is working on the release of another smartphone which is led by Panos Panay.

Lately, many large-scale enterprises shut down their own data centers and turn to SMB Publich Cloud service.

BI reporter found that the advantage on Amazon and Microsoft during the investigationfor SMB Publich Cloud Adoption. Google got a great attention for its Cloud service as well, however, its Cloud Computing business is still on trial.

The Cloud Computing company Rightscale did a latest investigation and the data showed the current market structure. Rightscale interviewed over 1,000 technical experts in this field in order to the cloud service they are using or they consider to use.

The adoption is a bit difference among the enterprises that have over 1,000 employees. In such filed, Microsoft Azure is in the leading position. Microsoft did not obtain great share in medium-sized and small enterprises.

As a whole, Rightscale found that more and more users concentrate on the Private Cloud and Hybrid Cloud services.