Credit Suisse analysts predicted that Instagram has potentiality to obtain more than $ 3 billion revenue this year. Its revenue scale will be three times as much as it did when Facebook acquired it with $ 1 billion in 2012. 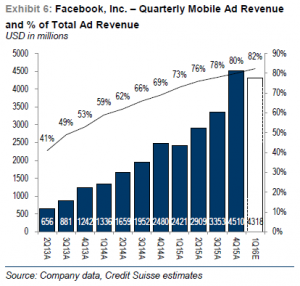 Stephen Ju stated in the report:” we currently predict that the Q1 revenue of Instagram will reach $572.5 million and its annual revenue will reach $ 3.2 billion.”

The team and Stephen Ju claimed there will be more commercial ads transferred to Instagram in the future. Instagram is the platform that allows few giant advertisers to purchase video ads so far. The duration of video Ads is 60 seconds maximum to help those giants to transfer their offline ads to Instagram. According to Instagram’s current policy, the video content that users send must be in 15 seconds.

It only has 30 million users when Facebook acquired Instagram. By September, 2015, its monthly active users increased to 400 million. Its users growth was mainly from oversea markets.

Its recent blog stated that Instagram users become international. Over 75% of users live in United States. Among the 100 million new users, half of them live in Asia and Europe. The growth run faster in Brazil, Japan and Indonesia.