Microsoft announced the latest earnings report by 31st March. Even though its last quarterly performance basically met its expectation, the investors felt disappointed to its next quarterly expectation which led to share price decline. 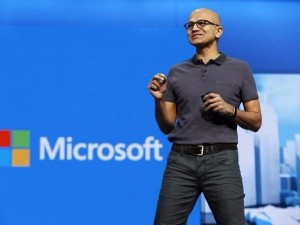 Its revenue growth keeps stable. It is hard to impress its investors now. Its next quarterly performance expectation disappointed the investors. Microsoft did adjust its tax cost this quarter which lessened the profit.

Microsoft predicted that its next quarterly revenue will between $21.7 billion and $22.4 billion which is fewer than Wall Street’s expectation at $23.1 billion. Microsoft’s share declined by 5% after market closed due to its earnings report.

There were not excellent performance increase last year among its three featured products. The revenue of Azure and Intelligent Cloud of Windows Server reached $6.1 billion, increased by 3% yoy. While the revenue growth rate of More Personal Computing including Windows 10 and Productivity & Business Services including Office was 1%.

One of the reason why More Personal Computing department revenue decline was its pattern licensing income decreased by 26%.