Facebook is the leader in social networking filed. But there are also rivals aiming to obtain more users share. 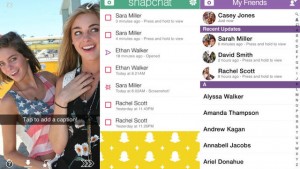 Even though Facebook has over one billion users, only they share unique experience on it and attract more friends can show its worth. The reason why Facebook launched the live video feature last week was to attract more users to share their experience.

Speaking of Snapchat, this app attracts more users in age 18-24 and age 25-34. According to the statistics reported by ComScore, Snapchat had great users share increase between these two groups from 2013 to 2015.

Snapchat allows users to public their video films or photos. Users can also send them to their friends. Users can totally control their photos. It is more convenient to share daily details on Snapchat.