Sony has world-class studio entertainment business in US besides its excellent consumer electronics business. It launched the internet tv service in some cities one year ago. Lately, Sony announced that it will promote this service across the United States. The monthly payment adjusted from $ 50 to $ 30. 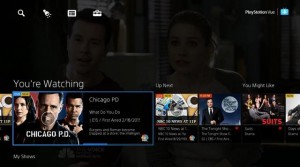 As we all know, more and more consumers abandoned the cable television no matter in China or in US. Most of them prefer to watch videos or channels online. There are a great amount of internet tv service suppliers in United States, Sony included.

VentureBeat reported that Sony’s internet tv service “PlayStation Vue” will be available across the country in US soon. The bottom charge for monthly fee is $30, and 55 channels are available. If consumers pay $45 per month, they could access to 100 channels.

This service has been served for a year. It charged $50 for 50 channels per month. The public criticized that Sony charged too much. Most of US internet tv service suppliers charge from $15 to $30 per month and offer under 30 channels.

It is apparently that Sony noticed the public feedback. It decreased 40% of the charge for each month. It is worth noting that Apple is planning to launch its internet tv service. It claimed to charge $35 for 35 channels per month. Sony’s price-off promotion gave a hit for Apple’s plan.

The cable television is more expensive in US. The total fee could be accumulative to $100 each month. Some consumers feel unnecessary to use some binding services and unhappy with that.

The PlayStation Vue is available to record the shows and copy and save them into cloud service. The service is also compatible with PS4,PS3, Amazon Fire TV stick and Apple iOS devices.