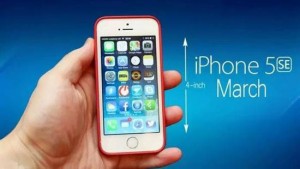 He previously posted that its has two settings for space storage: 16GB and 62 GB. There are four colors for options, including, silver, grey, gode and rose gold. China is one of the countries that sells the first round of iPhone SE.

The body design of iPhone SE is similar to iPhone 6s which is in accordance with the previous prediction by the experts.

There are not full details of iPhone SE except its body design and screen size. The previous reports indicated that iPhone SE might apply A9 processor and be compatible with NFC and Apple Pay. It has 2GB RAM and equips with 1642mAh battery.

In addition, its resolution ratio for screen might be 1136 x 640, does not support 3D Touch pressure-sensitive technology. The front camera is1.2 megapixel and rear camera is 8 megapixel.

RBC analyst predicted the iPhone SE has some completement value to Apple as it provides chance to upgrade for those fans who love smaller size of iPhone. Its sales might be conservative as he predicted its annual sales are between 10 million units and 15 million units.

Apple will hold a spring launch event for new products at PT 10 AM on March 21. It is supposed to debut iPhone SE and smaller size iPad Pro to replace iPad Air.