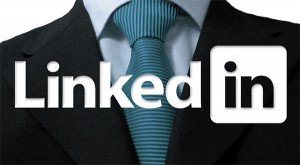 According the article posted on www.fool.com, it claimed that LinkedIn stock price declined by 40.8% in February. The investors found that its share price accumulative declined by 56 % in a year by the end of February.

LinkedIn released its Q 4 earnings at first week of February. It did not mention the WallStreet expectation though its revenue and profit was beyond the company expectation.

However, the management group submitted a disappointed 2016 fiscal prediction. Its stock price dropped 44% the next day.

Steve Sordello gave three explanation for the performance last May. First, the company faced the pressure of the change of exchange rate like any other US companies that expand in oversea. Second, LinkedIn made adjustment for its business pattern at that time, it took time for its sales team and clients to know the new products. Third, the company acquired Lynda.com at $1.5 billion. The acquisition made some impacts on the company’s overall business.

The management group did not take the exchange rate into consideration for the affected elements of its future performance in February. Sordello pointed out the current global economy makes great pressure for the revenues in European and Asian regions.

The operation condition of LindedIn sounds pretty well during the rough market. Its revenue increased by 25.5% in the past 4 quarters. The investors concern more about the profit, and its return keeps declining.

There will be bounce for its stock price, but we don’t know when. Its stock price dropped by a lot, however, the investors still should be cautions of bottom fishing.