Facebook revealed that Tecent attempts to team up with NASA, CNSA and MDIF to finish the outernet project. It is said that Tencent plans to beam free Wi-Fi to everyone. In the future, anyone could access internet via Tencent WiFi Administrator on any devices. 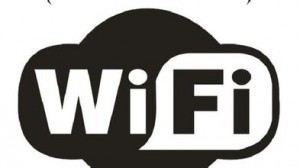 There are only 2.7 billion people have access to internet in the world, accounting for one third of the global population. Many remote regions are unable to improve the communications infrastructure and build the relay towers.

Internet is proved to be the most important motive power to develop economy. Many of internet companies work hard to help more people access to internet.

As reported, MDIF launched the Outernet project in March, 2014 which completely changed the communications among people. It planned to help every one accesses to free Wi-Fi with the assistance of millions of satellites.

Google is positively working on the offer of free Wi-Fi to the public in recent years. It started the Google Fiber project in U.S. and Project Loon in many regions around the world. It teamed up with SpaceX to build space-net with the help of micro-satellites.

Facebook also works for promoting global Wi-Fi strategy. It built satellites and drones. It felt the solar drone costs fewer and has longer battery life comparing with launching a satellite. It launched Aquila solar drones and will be on trial in U.K. soon.

Tencent is the technical giant in China and it has millions of users. It is unclear that whether this news that Facebook leaked is true or not.

Tencent released the WiFi administrative app this year to help mobile users connect to WiFi faster and safer. Maybe this app has some connection with WiFi satellite.