The New Yorker revealed how ex Twitter CEO Dick Costolo acted as a consultant of a hit show Silicon Vally to make sure some plots become reality. 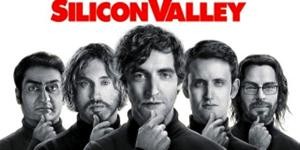 Costolo studied Computer Sciences in University of Michigan in last 80s. He had gifts in stand up comedies. He trained in the Second City Theatre as well. His acting career did not go smooth. Then he turned himself into programming techniques.

Costcolo was appointed as Twitter’s CEO in 2010. His first year income in Twitter reached over $ 10 million.

Three days after he announced to resign, HBO broad-casted the last episode of satirical comedy Silicon Vally season one. The show stated that a leading actor, an co-founder & CEO of a high tech company was fired by the board of directors. As a fan of Silicon Valley, Costolo found the plots was close to the reality. He said:” I could find the related plots in reality. The outgoing co-founder, the incoming CEO and indifferent employees.”

He told Kara Swisher, a famous tech report that many of his acquaintances loved Silicon Valley. Its sarcasm indicated the disgusting figures in technical filed instead of me. It happened that Swisher knew producers of Silicon Valley Mike Judge and Alec Berg and introduced them to Costolo.

Costolo applied his experience and advised the producers with details concerning the CEO’s responsibility and how the functional distribution inside. Which seat will the boss take in a big company? What will inspire an entrepreneur most and what will make him lose heart and so on.
Silicon Valley is now playing the season 3. It is one of the most hit shows now. It attempts to reflect the phenomenon of current social culture in Silicon Valley. It contempts the figures who crave for greatness and success and feels pity for the entrepreneurs to overthrow the technical giants.