Wozniak criticized Apple Watch last week as he felt like choosing jewelry to buy Apple Watch. Its prices range from $500 to $1,100. The difference among them are the different straps. To Wozniak, Apple Watch is a bit expensive and lack of creativity. 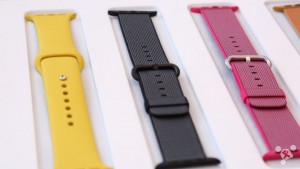 Apple announced to cut price for Apple Watch at its new products release event. Quoting from Apple’s idea, the purpose of the price cut is to attract more consumers to join Apple Watch family. Tim Cook claimed that Apple Watch is the best seller in smart watch industry.

It is a customary practice for Apple to cut price for its old version products. Regardless of the next generation Apple Watch is not come yet, Apple Watch has been went on the market for about one year. It is wise to carry out the price cut policy for Apple Watch.

It reminds us of iPod. Apple released it in the autumn of 2001 at $400. Its sales kept declining in the following years then. The old iPod was still popular even though Apple introduced the new iPod later.

It is worth noting that Apple Watch price was cut, however, the price for straps remain the same. During the new product release, Apple introduced several new Apple Watch straps. Apple encourage consumers to buy Apple Watch at cheaper price and make profit in its components.

It is a good news for smart watch fans. They could have more options to choose the one they like.