The swap face filter of Snapchat is welcome by the youth. It once became fashionable for a time. Facebook recently acquired a well-known swap face app company. It will introduce some features for users to experience swap faces app. 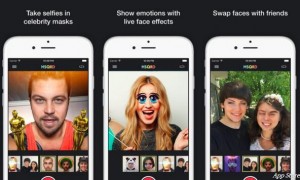 According to the report of Engadget, Masquerade is one of the most popular swap faces app at Apple App Store. Facebook acquired Masquerade but it did not reveal the specific acquired capital.

The users could manage the selfies by using the filter tool and change their faces to stars’ or someone else. Users can share the modified photos with their friends for fun.

The specific facial features of Masquerade will be integrated to Facebook’s social networking platforms.

As reported, Masquerade will be run as an independent subsidiary after the acquisition has been completed. Its apps and features will be integrated to Facebook’s product besides offering the current independent app.

Facebook have acquired many companies for the enhancement of user social networking sharing, including emotion sticker company and photo filter company.

Facebook announced that the co-founders of Masquerade will be working in Facebook London office in the future.

Engadget claimed that the competitiveness will be enhanced a bit by acquiring Masquerade to rival Snapchat.

As far as the mobile chatting and photo sharing apps, Facebook has many shiny stars, such as Messenger, WhatsApp and Instagram. Snapchat attracts younger users. It is considered as the potential rival to Facebook in the future even though it has limited users at present.

The Lyft app develops better in this market. According to the statistics it provided, the quantity of drivers in New York city increased by 4 times, and its weekly active passengers increased by 6 times. Its total orders in Feb., 2016 was 6 times than the one in May, 2015.

Lyft did not reveal how many drivers it has in New York city and how many orders they have completed.

The figures could not exactly reflect the competition advantages between Lyft and Uber. It implied that even though Uber has the first chance to develop the business in New York, Lyft is also welcome by passengers and taxi drivers.

Lyft invested more on marketing, such as it enlarges the marketing team, offers more discounts and purchases more ads.

Some drivers registered both Uber and Lyft at the same tme. Evan Cohen, director of eastern coast district claimed that Lyft would invest more on drivers side. The commission it charges from drivers will depend on how long the drivers work. The longer they work, the fewer it charges.

Cohen admitted that Lyft invested a little in New York at the beginning when this app is available there. The company will make adjustment for its investments.

The competiton between Uber and Lyft keeps intense. They work hard to obtain more market share. Cohen mentioned a survey made by Harry Campbell that 80 % of drivers prefer to use Lyft rather than Uber.

Apple Pay was introduced to China last month and Samsung Pay is said to come to China soon. These two giants are competing to get more market share.

Samsung Pay released the earnings report and it indicated that PhoneArena reported that the company lost $16.8 million for this business, reports PhoneArena. 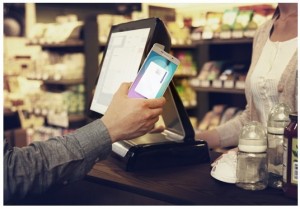 Samsung claimed that Samsung Pay gives superiority for Samsung mobile section, although its business did not perform as well as it expected. It added the Samsung Pay based on MST technology allows Samsung mobile to pay on most of credit cards terminals. This is one of the reasons that the sustainable growth of Galaxy series.

Samsung stated in the report that the users of Samsung Pay in South Korea and United States reached 5 million. It indicated that the sales volume of Galaxy S6, S6 edge+, Note 5, A5 and Galaxy A7 reached 5 million units in these two countries. According to its sales data for Samsung mobiles, Samsung Pay contributed to revenue of $ 2.49 billion.

As Samsung Pay doesn’t charge commission from merchants and consumers, Samsung could not make much profit from Samsung Pay. Samsung Pay also stimulates other business besides the promotion of mobile sales. Samsung could analyze the consumption models and adjust its strategy based on the figures.

Twitter released the Q4 2015 earnings three weeks ago, its stock received a dramatically increase. The overall increase rate was over 40% in three weeks.

Twitter stock increased to over $20 per share by midday. It was the first time that its stock reached over $ 20 since January. Its share dropped down to $14.31 on Feb 11, and its bounce of share price was 40% on March 5.

Brian Wieser, an analyst of Pivotal Research suggested that the bounce of Twitter stock is the reflect of market overreaction. Wieser told Business Insider reporter that it was ridiculous that Twitter’s stock is so cheap.

Wieser claimed that Twitter has excellent commercial legend, but it is the key problem for its user growth. It is under the expectation of investors. Some investors has been concerning the development of Twitter and feel its share price is still cheap.

The whole market seems to bounce a lot since Feb 11. For example, The NASDAQ index increased by 11% while DJIA increased by 9%.

Apple offers several series of iPad for consumers on the market. The industry experts assumed that Apple would stop producing iPad Air series and add a smaller iPad Pro. 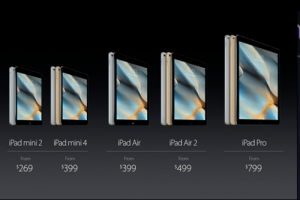 As reported, Apple is supposed to release a bran-new iPad Air 3 at its spring new releases conference. According to the confirmed source made a few days ago, it will introduce a smaller iPad Pro instead of iPad Air 3. The iPad Pro is with 9.7- inch screen, external keyboard and stylus.

If the news comes true, it means the end of launching iPad Air product line. It will only have Pro and Mini product lines then.

The global iPad business sounds weaker now. Apple’s iPad business even suffered 20% decrease in each quarter. With the modification of smartphones and laptops, iPad is just a transitional product in a short time.

Due to this its hardware manufacturers adjusted its strategies, equipped with external keyboard and stylus for sales.

The success of Surface Pro inspired Samsung, Apple andHuawei a lot. They even launched the similar product suites. Apple iPad revenue decreased by 21% in Q4 2015, while Microsoft Surface revenue increased by 29%.

iPad Pro is made to compete with Miscrosoft products. It aims to the enterprises. Its traditional iPad is mainly for ordinary consumers. Apple wishes to gain more market share by enhancing its performance and introducing better features.

If Apple stop producing iPad Air series, iPad Mini could be the only mass-market iPad. It could adjust and simplify iPad series and focus on the transition of enterprise iPad and commercial iPad.

If Apple continues to launch iPad Air series, it will sell six iPad products at the same time. It is not sensible as it will cost Apple a lot.

Speaking of the smartphones that have excellent sales, many people may get iPhone in their mind. Even though the analysts predicted that sales of iPhones would decrease due to the economic recession in smartphone industry, the sales for iPhone are still beyond the expectation of manufacturers. 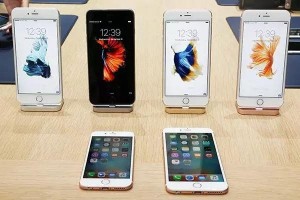 According to Cult of Mac report, the sales of iPhone reached a newly milestone four years ago. Its daily sales were 378,000 units of iPhone. Until 2015, the sales of iPhone increased by times and its annual sales volume reached 230 million units. For example, there are 365 days a year, we could figure out therewere 633,000 iPhones sold each day.

Asymco analyst claimed that the sales volume of iPhone in 2015 were more than all Windows computers sold in 2015, let alone there were still other product lines for Apple. As we known, Apple also launches Mac series and iPad series computers.

Apple will debut the 4-inch iPhone 5se this month at its spring release. The analyst from The Royal Bank of Canada predicted that iPhone 5se will have excellent sales performance. He estimated that it is supposed to reach 10 million units of sales and $5.5 billion revenue.

The success of iPhone is not by chance. It makes clear concept and innovation for its products. Tim Cook contributes a lot for the business integration and marketing strategies under his leadership. What is the most important that its the guarantee of product quality. 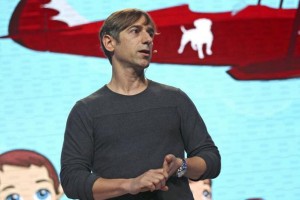