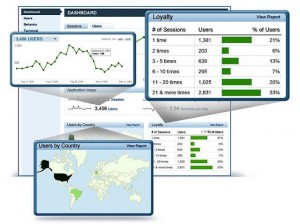 According to the news from U.S. technology website Re / code, Yahoo had a plan to acquire the famous mobile analytic and advertising platform Flurry, the transaction price was about “hundreds of millions of dollars.” Subsequently, Yahoo and Flurry posted blog on their own websites to confirmed the deal.

Over the years, Flurry have been committed to provide valuable survey data for mobile application developers,helping them to accurately grasp the development trend of the industry, creating high-quality mobile applications. Yahoo wants to enhance the fast-growing mobile advertising business via this acquisition. Currently, the size of the mobile advertising market is $ 32.7 billion, which is dominated by Google and Facebook companies.

During the reign of Meyer in more than 600 days, Yahoo is actively transforming to the field of mobile Internet, the biggest strategy of Yahoo turned out to be hoping to compile a bright future for itself through crazy acquisitions. Grasping users by money seems to be a common strategy of all the Internet companies under the the current policy “quasi-bubble economy”.

Flurry was founded in 2005. Although the company also offers advertising solutions for customers, but for Yahoo, the greatest value of Flurry lies in data statistical techniques which loaded on over 540,000 applications. It is reported that, the coverage of Flurry’s data analysis is up to 10 million units of computing equipment.

Yahoo promised that, after completion of the acquisition, Flurry will remain its independent operation in largest extent, its team will also working in the existing offices.

In addition, Yahoo has more than 400 million monthly active mobile users. These applications include Yahoo! Weather, Yahoo! News, mail and Flickr client. The company had sell advertising in some of the above applications, but revenue in this area is still very limited, which is not enough to be listed in the earnings report