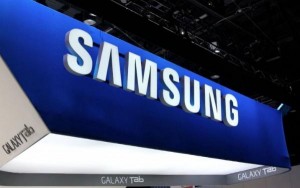 There are three reasons why investors feel optimistic towards Samsung business:

1. The revival of smartphone business

Its market share of smartphone started declining since 2014. It faced the competition among Apple and Chinese mobile brands. Galaxy S5 did not make a hit when it was released.

Its smartphone business went better when it released Galaxy S6 and Galaxy S6 Edge in Feb., 2015. Then it continued to debut Galaxy S7, Galaxy S7 Edge and Note 7 to iPhone.

By this Q2, the operating profit of Samsung IT and Mobile Communications departments increased by 56%.

Samsung claimed consumers has greater interest in Note 7 which was debuted in August than Galaxy S7 and Galaxy S7 Edge.

2. The strength of components business

Though smartphone business is the most profitable in Samsung, the company plans to manufacture smartphone components and TV panels at the same time.

Samsung has been focusing on the investment of semiconductor, including the component offers for Apple and other companies. Besides, Samsung manufactures OLED for TV. The sales volume of semiconductor increased by 6% in Q2 2016.