Microsoft will update Play Anywhere feature for its game players. The players will be able to obtain games for both Xbox One and Windows 10 version at the same time. Microsoft confirmed that this new feature will be debuted on September 13. 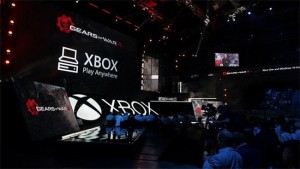 At the E3 gaming exhibition which was held last month, Microsoft introduced the Play Anywhere feature to its fans. Play Anywhere could realize sync games progress and achievement among cross-platforms. In addition, the DLC, props and season tickets users bought for games could be available for Play Anywhere as well.

Though Microsoft listed the games whichare compatible with Play Anywhere, it did not mention when this service is released. It just confirmed that update date.

“In this summer, we will do the annual update for Windows 10 system and related updates for Xbox in order that Windows Store and Xbox One support Xbox Play Anywhere games,” said a Microsoft spokesman.

If users purchase the digital games which are compatible with Xbox Play Anywhere feature, they could play the games both on Xbox One and Windows 10 PC at the same time. The game progress and achievement are the same and able to be shared.