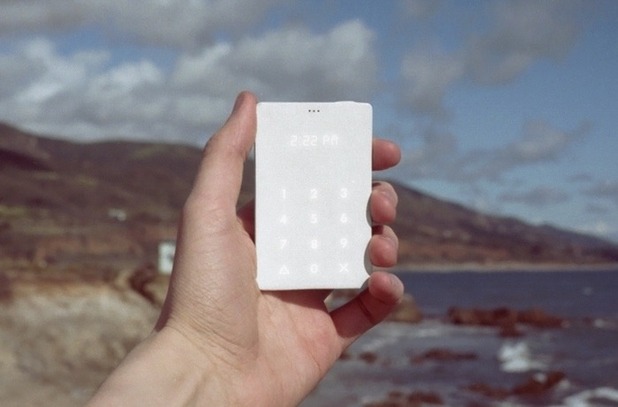 The people nowadays spend much time in chatting or browsingon Facebook, Twitter, Snapchat, WhatsApp and many other mobile apps, while people don’t have much useful done. There is good news that a new phone is on sale in which could help us get free of those modern trappings.

The Light Phone is setup with a Kickstarter-backed handset which avoids the smart features that tries to keep things as simple as they could.

The Light Phone is capable of connected with a smartphone, the calls can be forwarded by a device visa a companion app,it works independently as there is a SIM card slot.

Its highlighted feature is designed to be light and pocketable, the Light Phone comes with a 3D printed shell which issmaller than a credit card.

The creator Joe Jollier and Kaiwai Tang are ambitious to convince the people to ditch their smartphone which considering as their goal. Actually, the Light Phone is just an emergency backup for using while the people on holiday or on a camping trip.

The customers can buy a Light Phone at $100 due to a project’s Kickstarter Campaign. This campaign will be finished ina few weeks.