Google carried out measures to simplify its video broadcasting products recently. It announced to end Hangouts feature to concentrate on developing YouTube Live. 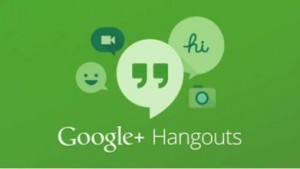 CNET reported that Hangouts is a webpage group chat & mobile chat app of Gogole. It is a chatting app that Google obtained most external users. Hangouts used to release a function called “On Air” which attracted some big features and stars to make live broadcasting with it.

Hangouts On Air was released in 2012, as a complement of Hangouts. Google aimed to strengthen the unique characters of its community so that it could be popularized to more users.

Online live broadcasting was not popular yet in 2012. Google made great effort on promoting Hangouts On Air. President Obama used to make Questions-And-Answer on google platform.

Google announced Hangouts Live will be out of service on September 12. It claimed some scheduled activities displayed on Hangouts will be transfered to YouTube Live.

YouTube Live is considered as the best live platform after the measurements made by Google. It decided to centralize all kinds of video sources on YouTube Live.

In fact, Hangouts Live used to belong to Google+. With the failure of Google+, Google abandoned this feature and spilt off its valued functions to launch independent mobile software, such as Google Photos and Hangouts Live.

Facebook Messenger and WhatsApp both obtained over 1 billion users, the users scale of Google Hangouts is far behind to reach that figure.