Twitter board of directors will discuss a series of problems that the company encountered on Thursday, including the sales of its business, reported cnBeta. It has been rumoring that Twitter will be sold for some time. Wall Street analysts assumed it was just a matter of time that Twitter would be sold. Twitter share increased by 7% due to the statement of Evan Williams when he was interviewed by Bloomberg. 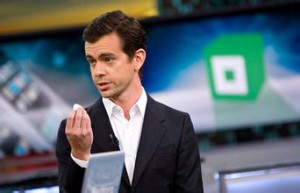 Robert Peck claimed the current capitalization value of Twitter is about $ 15 billion. If investors buy Twitter for a 20% premium, the acquisition price will be at least $18 billion.

The confirmed source claimed Alphabet, Facebook, Apple, Amazon and Microsoft are the potential offerers of Twitter. To Alphabet, if it added the real- time feed function of Twitter in search service, it would realize the cooperativity of cost and revenue.

To Facebook, it would realize the strategic match if it acquired Twitter. While Apple would expand Twitter’s current hardware business to social networking field. Amazon could strengthen its advertising business and Microsoft has great interest in online and advertising business.

Peck assumed that Twitter would not be sold in a short time. Firstly,Jack Dorsey has just worked as CEO for one year. Secondly, Twitter released several new services . Thirdly, Twitter board of directors is the backup of Jack Dorsey.

Forbes claimed in the article of Microsoft acquired LinkedIn, the acquisition price of Alphabet offer should not be over $1.1 billion even though the positive estimation for future cash flow. The faster Twitter revenue grows, the more it loses.

Forbes considers Alphabet management is a competent  housekeeper for company shareholders. The integration of Alphabet and Twitter will enhance the core profitability of latter. What Alphabet needs to challenge is to solve the imperfect business mode of Twitter.