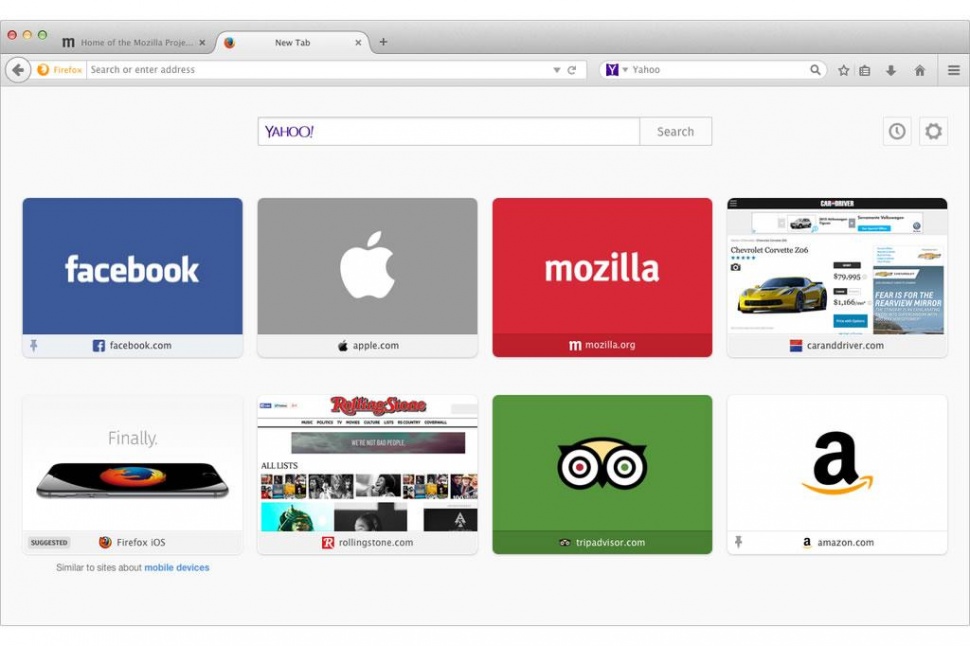 Firefox browser, Mozilla is producing a new platform in order to sell more advertising space in a visitor’s tab page. This new platform is call “suggested Tiles”, specifically for advertisers. It is similar to Google that use your web search history to put relative ads within Google Adsence placements, and Mozilla will scan your visited sites following Firefox to advice an advertiser site to visit and display it on the new page.

We learned from Mozilla’s Advancing Content Blog that there are user protections built into the new feature. The visitors can skip the Suggested Tiles function by ticking off a check box within the browser’s settings. he visitors can choose a blank page to avoid the site’s suggestions when they open up a new tab within Firefox.

Even a visitor accept the Suggested Tiles feature, his personal data will be in strictly confidential as it is only corrected by the data. The advertisers won’t have access to get his data. Visitor’s data won’t be tracked or used through his URL’s history on Mozilla. Mozilla will get final approval over all sits for entering into Suggested Tiles program and it needs to visit at least five similar sites before it offers up a related suggestion thought the feature.

To imagine that , if a visitor browsers recipe sites, foodie blogs or other culinary sites he may see advertisements for The Food Network provided by the Suggested Tiles section of a new tab page. There will be a “Suggested “tag on the tile of Mozilla to distinguish it from the others.

In terms of the launch of Suggested Tiles within Firefox, Mozilla is going to produce the new feature bases on the Beta version of browser. The advanced version of current version of Firefox will be on the market soon in the summer.