Apple released its last quarterly earnings on Tuesday. Its annual revenue has decreased for the first time since 2003 with the result of a decline in quarterly iPhone sales. 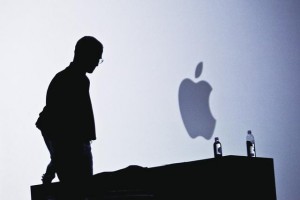 It officially revealed $50.6 billion in revenue to its investors on Tuesday, with a 12% decrease.

The statistics showed that Apple made 51.2 million sets for iPhone sales, with a 16% decrease from 61.2 million sold during 2015’s second fiscal quarter.

Apple sold 10.3 million iPad in the same period last year, while it encountered a 19% drop this year. 4.03 million Macs were sold and with $5.11 billion in revenue in last quarter. The subscription steaming service, Apple Music has obtained more than 13 million subcribed members so far.

The drive market for Appler performance growth is Chinese market in recent year. It realized $12.48 billion in revenue last quarter in Chinese market, with a 26% drop.

Even though its revenue declined, it still brought Apple $ 10.5 billion in profits for the quarter. It could still consider as a great success among many tech firms.

Apple aims at making $41 billion and $43 billion in revenues for its current fiscal quarter which is under the average evaluation of analyst at $47.3 billion.

Besides the sales decline, Apple also faces the embarrassed situation: profitability decline. Its current gross profit margin keeps at 39.4%, however, it might decrease to 37.5% 38% for next quarter.